For my scientific writing I’m using Zotero to keep track of the bibliographical data of everything I read and of all the references in my own documents. I suppose everybody does that. Or at least I hope so – for your own best! If you don’t, you should start. And if you’re using commercial packages like EndNote to do that you should consider changing to Zotero and doing something useful with the money you save. Seriously.

Anyways, I had been using the cloud storage service box.net to store the liked documents (mostly PDF files) cataloged in my Zotero database from early 2011 and hadn’t touched my Zotero configuration since then. This setup had been working flawlessly for almost three years now. It was only today that I noticed that tiny red exclamation mark in the upper right corner of the Zotero interface, which informed me that something with my synchronization wasn’t working anymore. 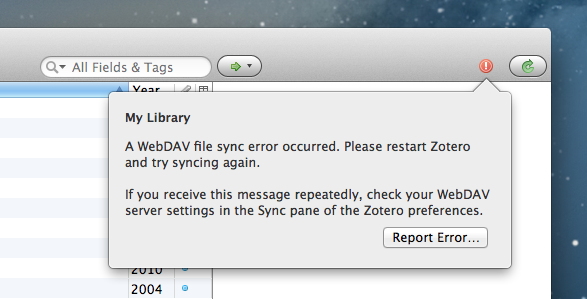 So I went to the preferences pane to see what was going on. The “Sync” page provides a very handy button to verify the server information entered and check the connection to the WebDAV server. Obviously something wasn’t right here, Zotero couldn’t connect to the folder on box.net anymore. I remembered that back in 2011 I consulted the box.net knowledge base to find out what I had to enter here. While I never changed that information, something was obviously broken.

I consulted said knowledge base again, only to find out that the connection parameters had indeed changed in the meantime! Apparently the company had decided to drop the .net TLD and resort to .com instead. I remember vividly that the name of the service had originally been “box.net“, but now they just call themselves “Box”. In addition the hostname now has to be dav instead of www – this one actually makes sense, since we’re talking WebDAV here, not web hosting. Entering the new server URL actually solved the connection issue. 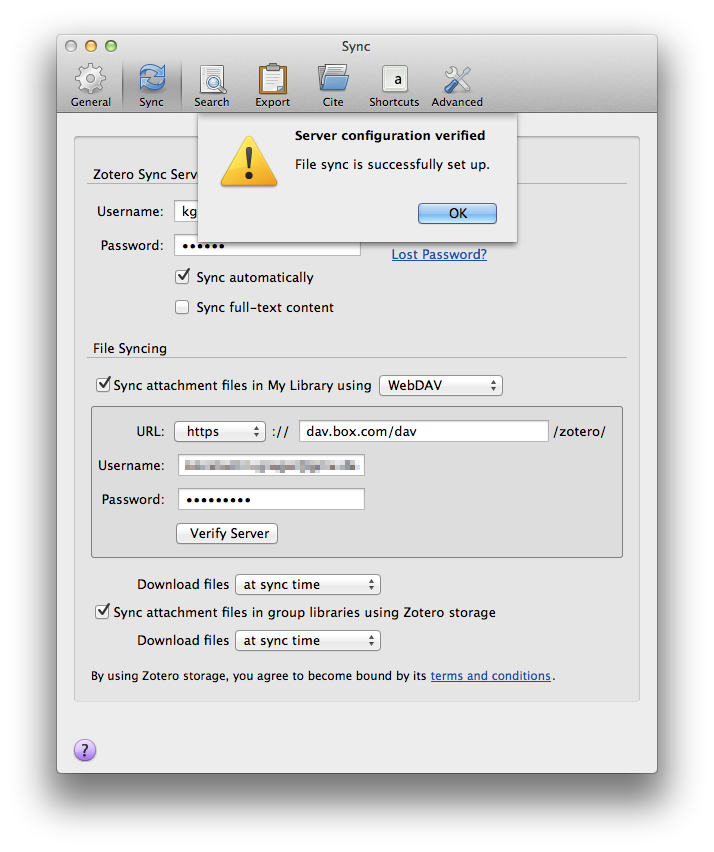 Since I don’t know exactly how long this red exclamation mark had been there, I’m not sure if the two things are related, but I recently updated the Box app on my iOS devices.